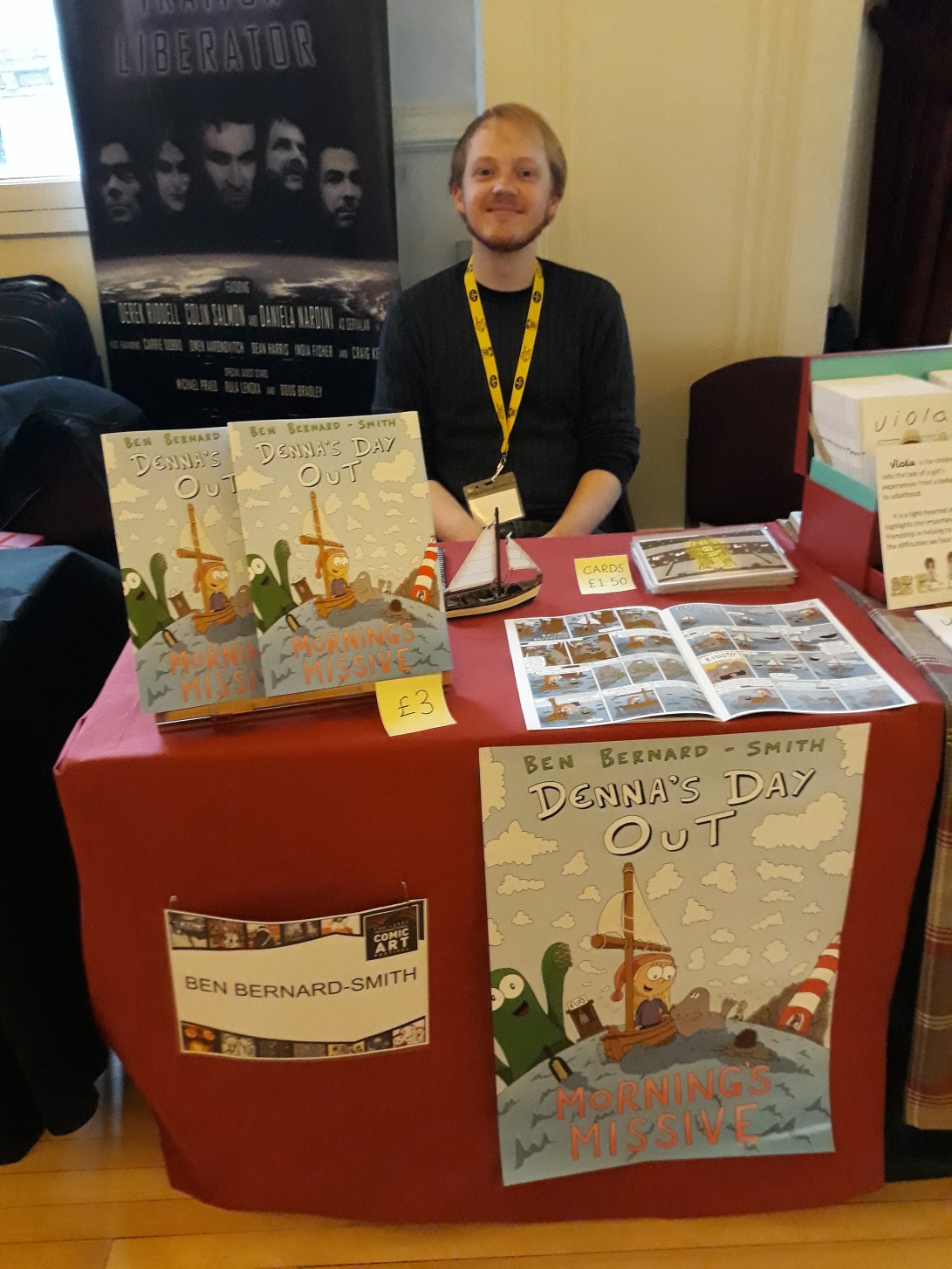 This weekend I was selling copies of the first part of Denna’s Day Out – ‘Morning’s Missive’ at the Lakes International Comic Art Festival. I was tabling alongside an illustrator and friend of mine Rory Dunne and we had a great, but tiring time. As well as selling comics and catching up with friends from last year’s festival, I had time to continue inktober. Here are the drawings I did for days 13 and 14. The latter was inspired because it was drawn near the end of the second day and I felt very much the same! I am endeavouring to go to more comic conventions this year as I really enjoyed and did pretty well selling at this one!