So here’s me looking way too smiley at the stall I has this weekend at the Lakes International Comic Art Festival. Whilst I didn’t sell too much, I made a lot of contacts, met some really lovely people (seriously, everyone was so nice), and got some really good guidance and advice. 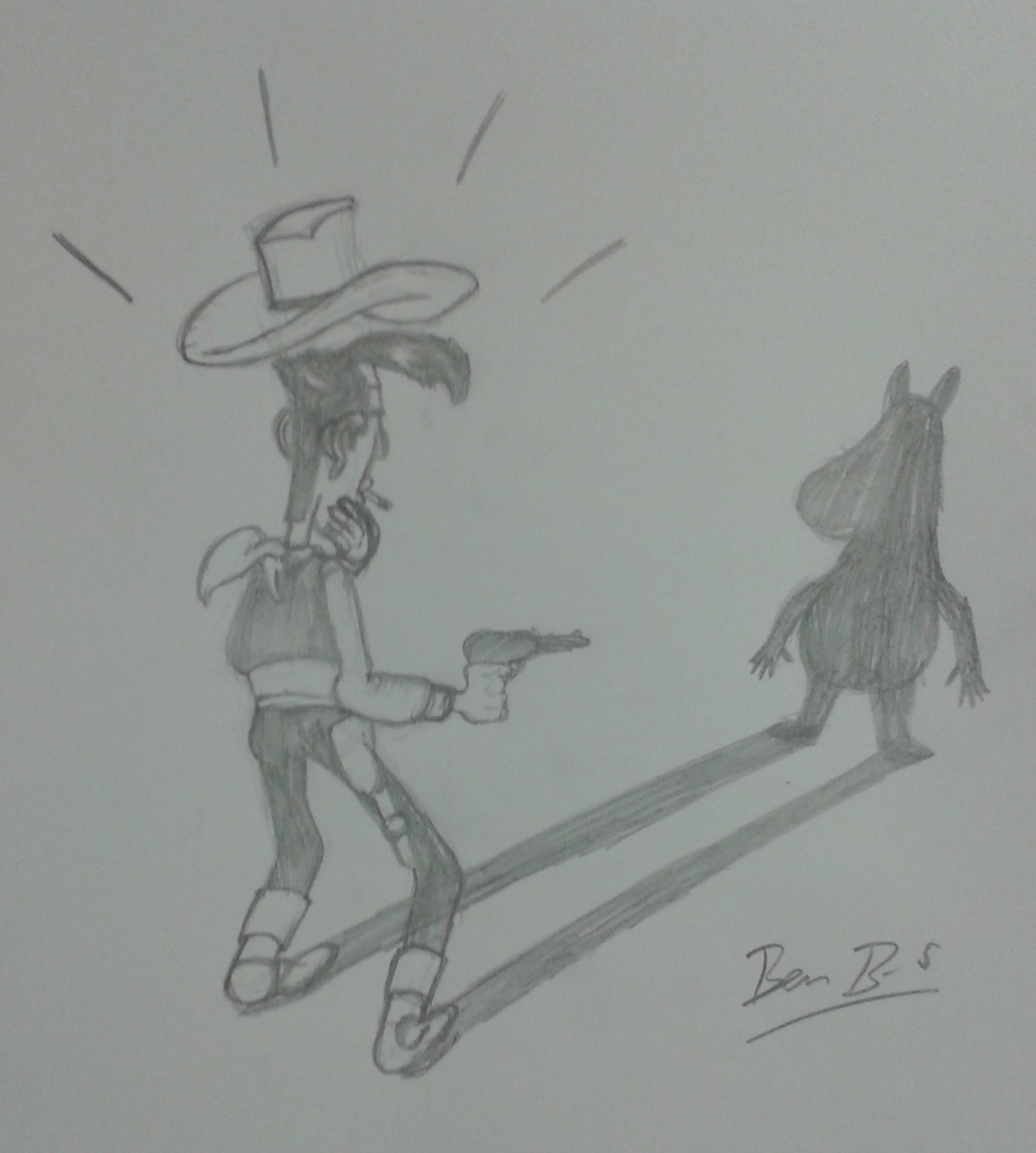 Publisher Cinebook had a stall at the festival and were doing an interesting trade of sorts. If you made a piece of fan art, they’d give you a free book! I drew Franco-Belgian comic character Lucky Luke who usually shoots faster than his own shadow, but as Moomins were a big thing this weekend, I drew his shadow as a Moomin instead!

All in all, a great weekend, though for some reason, it’s incredibly exhausting being at one of those shows even if you’re sitting for a lot of the day. But! Back to the drawing board!