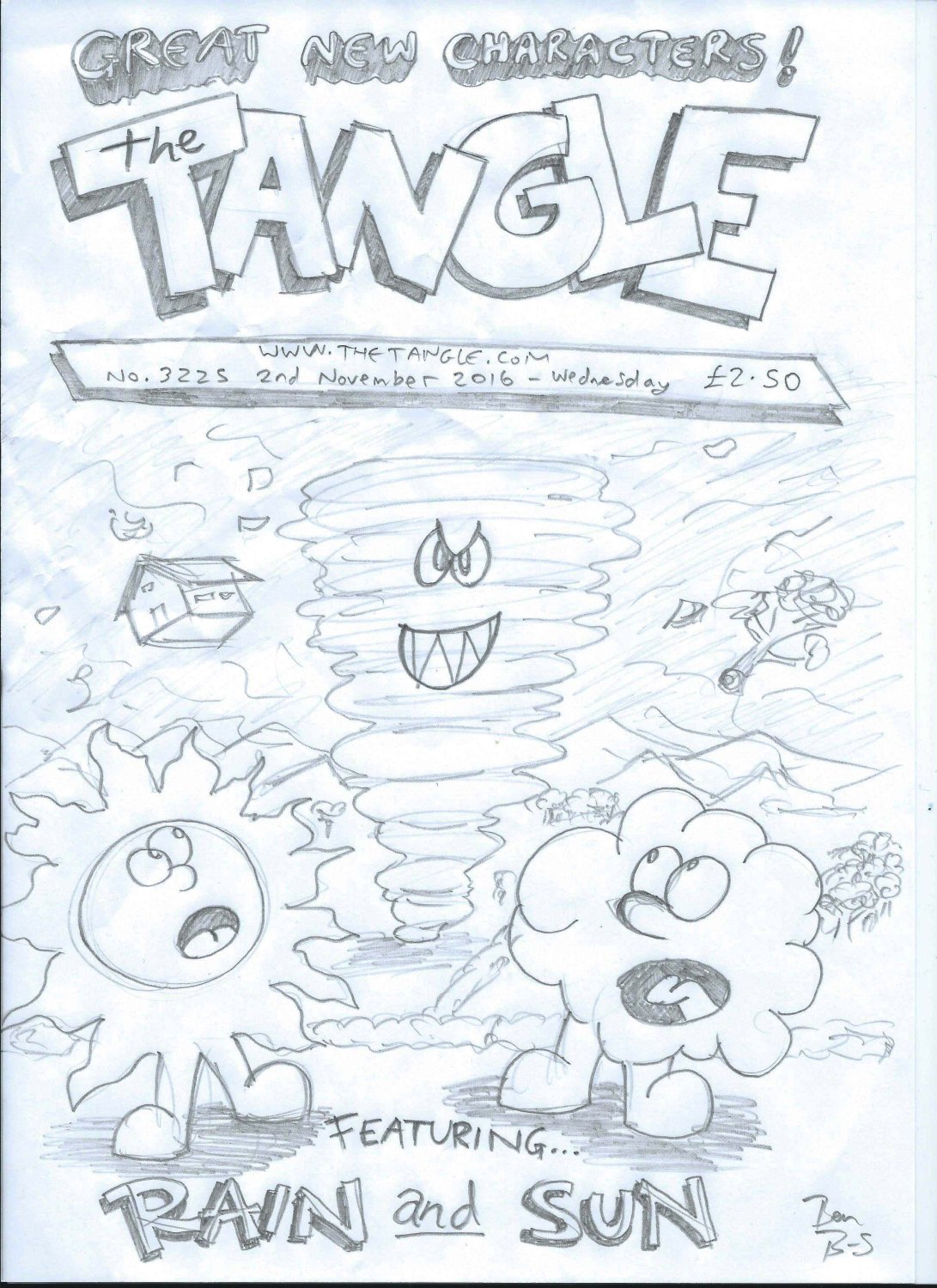 The last two days I’ve ran a holiday club in Funky Aardvark where the children have been making comic covers. When I was growing up that was the part of comic making I enjoyed the most. Today I had some points where I just wanted to leave the kids to get on with it, so I had time to do a cover of a comic I used to make when I was a kid called The Tangle. It was nice to draw some old characters again!