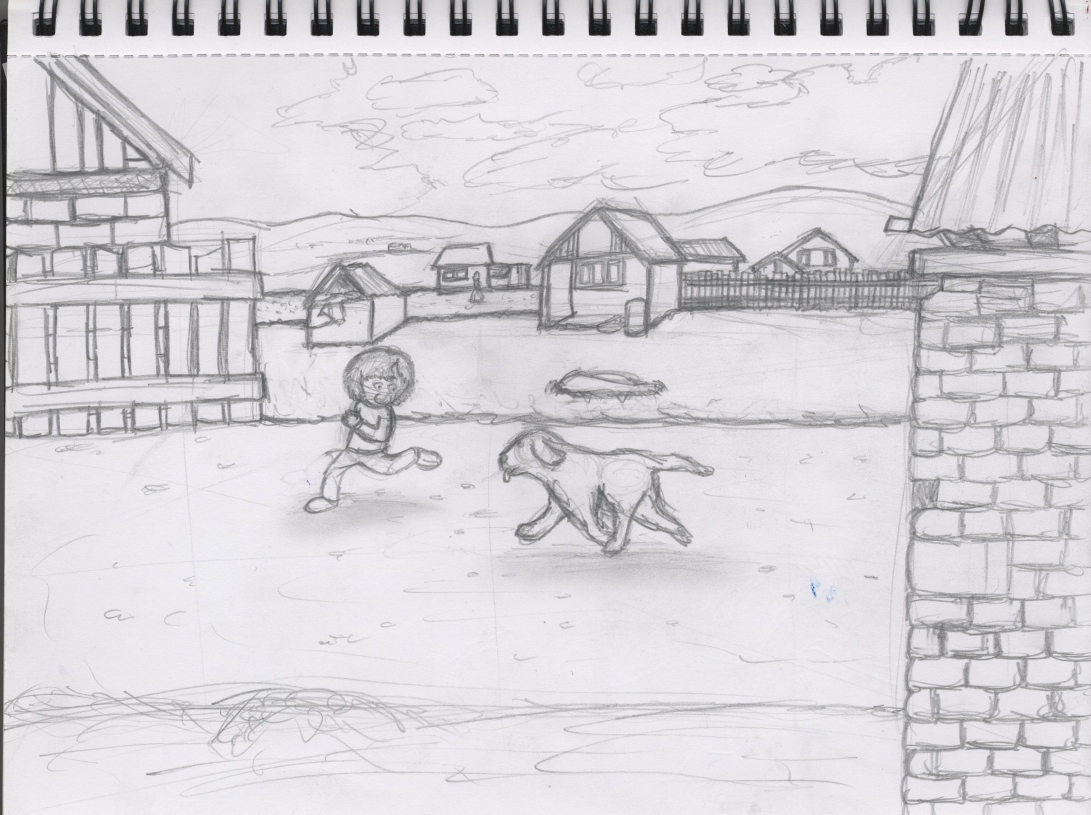 Here’s a piece of concept art I created in 2013 to try and capture the ‘feel’ of the film I wanted to make for my third year at university studying Animation. My limitations as an artist, and the software I was using meant that the film never reached my vision entirely, but I was still very happy with the final piece. ‘Sunshine in the Shadows’ was based on what I saw of the Romani people when I was in Romania in 2009, and the things I heard have happened to them in Europe. Though living in poverty, the children I met whilst there were just like children who live in the UK – Wanting to have fun, be loved and use their imagination. My dad provided the music for the film. You can watch it on the Animation section of my website, as well as some other animations: https://benbernard-smith.com/animation/